“Wait. Jesse as in the Jesse Wayne… I knew he looked familiar. I thought you said you were a poor orphan.” he said cutting me off. “How are you hanging with people like him…?” “I didn’t lie to you.” I said, my turn to interrupt him. “I am everything I said I was… it’s just… I work for him….” “You work for him?” Why do I have a feeling he misinterpreted that. “Wait… don’t misunderstand.” I said while trying to conjure up an explanation.

“No… don’t bother explaining. It’s not my business anyway.” he said while his face was beginning to blush. Yup… he definitely misunderstood. “Well, I didn’t know you rolled with a crowd like them.” Blake said. “I guess it’s best if we part ways here.” he said. “What, why?” I began.

“It’s best if he doesn’t see me with you, otherwise he’ll get the wrong idea.”

“Yeah, I guess so.” I said. He pulled me into a long and affectionate hug.

“Thank you so much… for everything.” I whispered softly. Was this the last time I was going to see him? 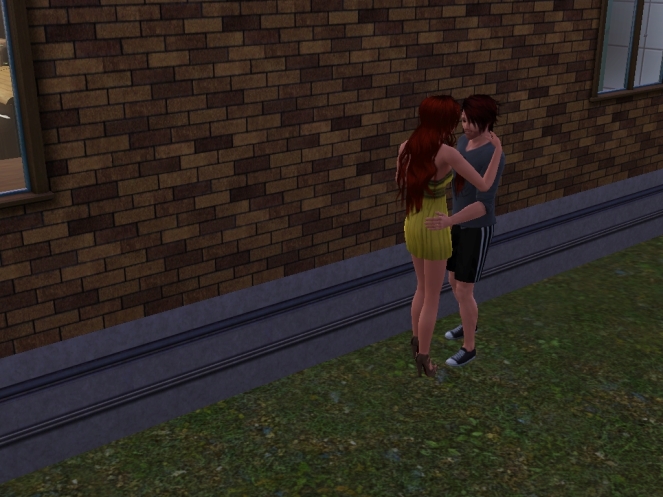 “No problem.” he said while beginning to pull away. 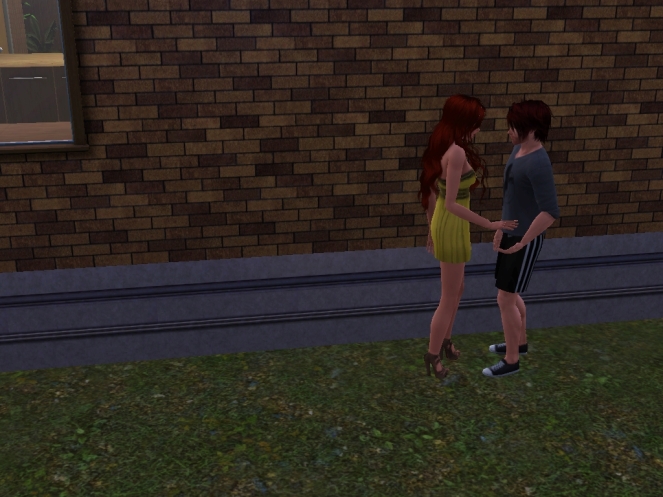 As I began to do the same there was a moment, a brief one, in which it looked as if he was going to grab my hand. But he didn’t.

Instead he turned swiftly and began to walk around the corner; opposite of where Jesse and Jane were standing. “Goodbye.” I called out. “For now.” he said with a smile as he walked off. I liked the sound of that… even though it seems highly unlikely I’ll ever see him again.

I waited until he was out of sight, then I took a deep breath and began to walk to Jesse and Jane. I stepped out into the light and caught sight of them immediately; they hadn’t moved yet. I just hope they don’t pry for details right away, because I’m not so sure how I would explain everything without creating a misunderstanding.

As I got closer I decided that since I know I won’t see Blake again, I just won’t have to tell Jesse about him… or the stab wound.

I got close enough to hear their panicked voices. I’m such a coward why can’t I just walk straight up to them instead of staring from behind a tree… I then took a deep breath and bee-lined towards them. 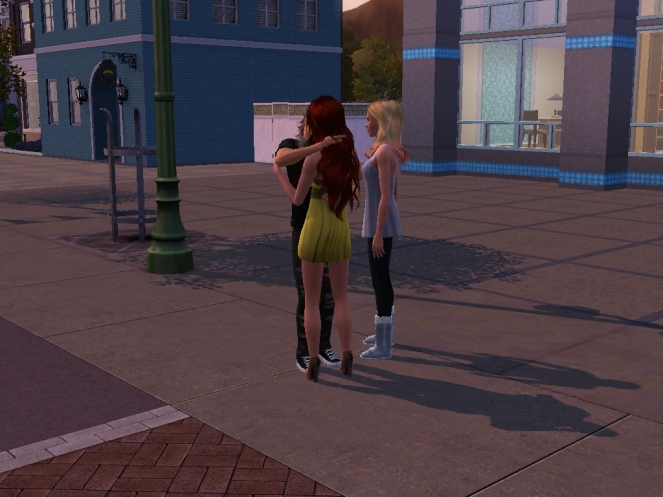 “Hey…” I said as I got closer to them. Jesse suddenly grabbed me and pulled me into a kiss the moment he laid eyes on me. Jane turned away to give us some privacy. I noticed she was smiling to herself; well she was the one who was rooting for us to become something more than friends… 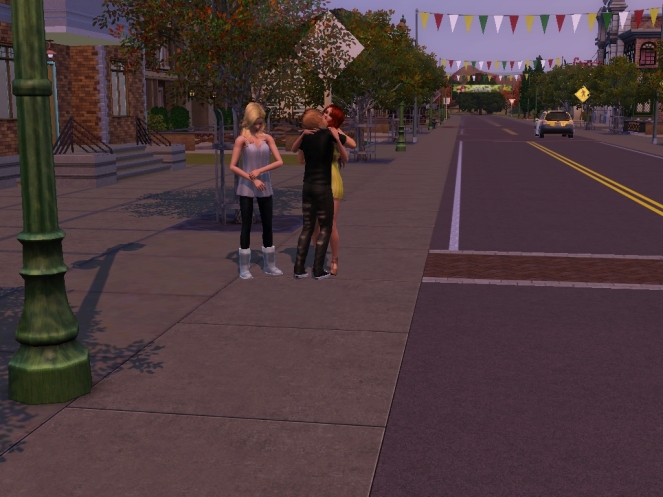 After a while, Jesse had still not released me and I noticed Jane was getting a bit uncomfortable. I was too. I mean… this was our first kiss after we became an unofficial couple and I guess I still wasn’t used to the feeling yet. 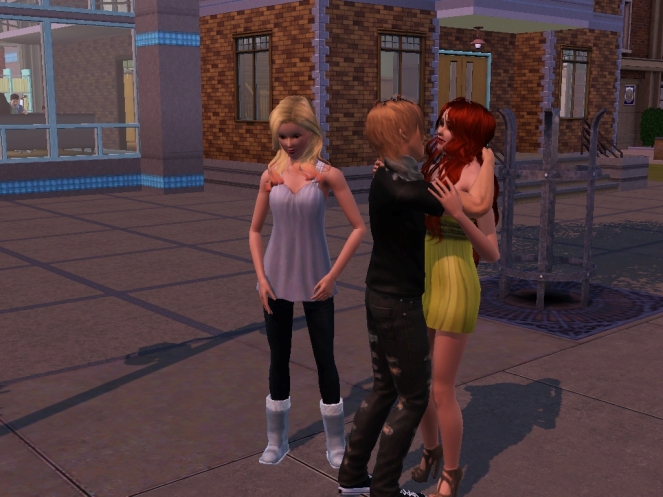 “Are you going to stop this year?” Jane asked with a smirk. Jesse then pulled away and smiled while looking into my eyes. The expression of relief he had on his face to see me nearly broke my heart. I felt so guilty for not having left Blake’s sooner…

Jane then turned to look at me and said, “You look good for someone who was supposed to be trapped somewhere due to the storm.” While looking at my outfit. “Yeah it’s kind of a long story… I kind of ruined your clothes, I’m sorry.” I said. “Don’t worry about it. Your safety is more important.”

Surprisingly they both didn’t press for more details after that, to which I was thankful. I needed time to formulate an explanation as to what happened…. “Hey, there is a nice restaurant across the street. Interested in getting a bite to eat?” Jane asked. “Yeah, I’m pretty hungry.” I said. I noticed Jesse was staring at me a bit more than usual. I must’ve really worried him… worried both of them… 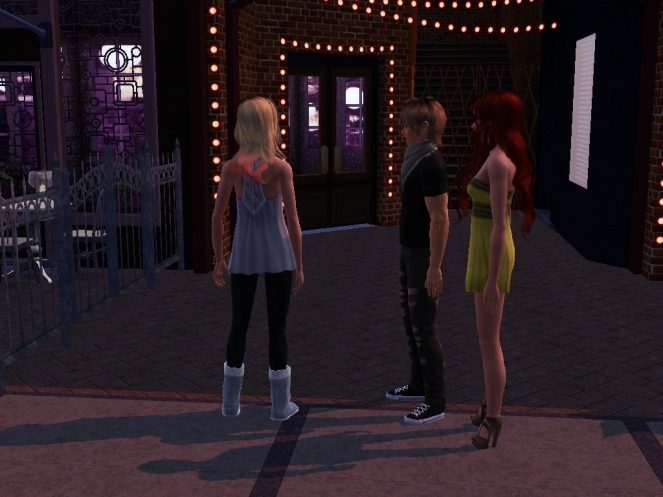 We crossed the street and Jane began to scan the menu to see if the restaurant had a good selection of food. 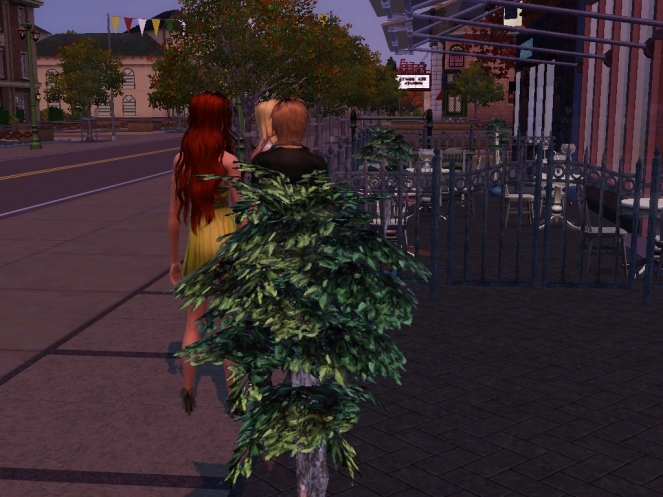 “Hmmm let’s see… They have seafood, grilled steak…” she began… My ears tuned out of the menu items Jane was reading aloud and instead all my attention focused on my hand to which Jesse had now interlocked his into while coming closer to me. I hadn’t realized just how much I missed him until now… 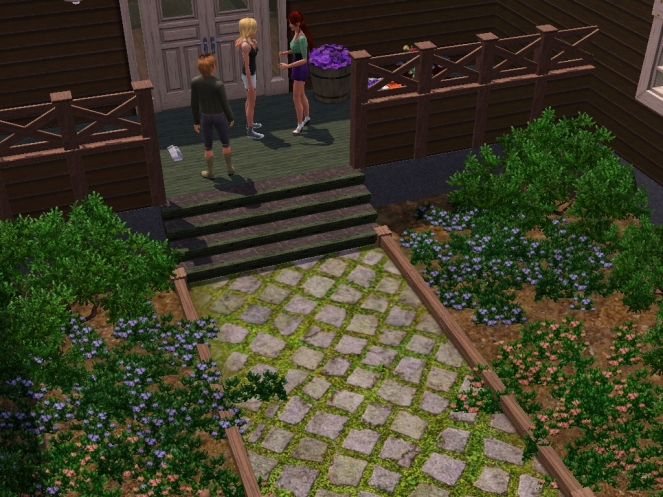 Thankfully no one pressed for any more details for the rest of the evening. It seems we were all exhausted, and we just went to bed upon returning to Jane’s house. The next morning we woke up bright and early. This was going to be our last day in Chasville. This trip ended up lasting much longer than we had intended… Ace had already gone back way earlier than us, having finished what he came for.

Jane lent me yet another outfit, to which I was grateful, and told me to come back whenever I wanted to. She also whispered to call her if I never needed to put Jesse in his place. I smiled and leaned in to give her a hug.

She returned it enthusiastically. The friendship I developed with Jane was something I never expected but was so grateful to have formed. She was like the older sister I always wanted but never had. “Hey, we are going to miss our flight if we don’t hurry up.” Jesse said while smiling at us. He waved goodbye to his cousin and we stepped down the porch steps and towards the main road. 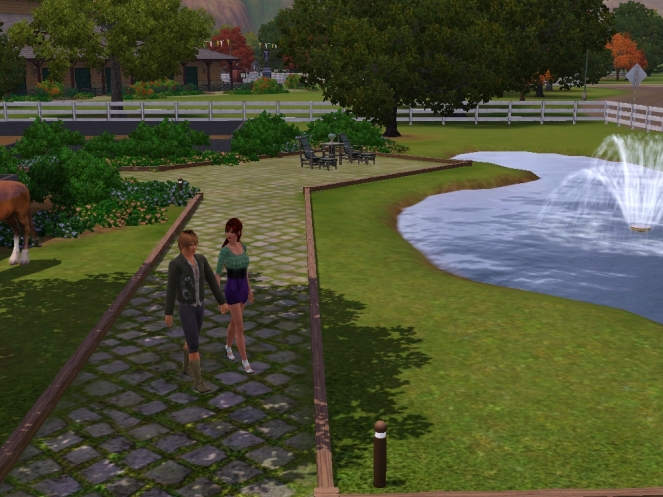 Jesse slipped his hand into mine again and I turned towards him with a smile. Is this what being in a relationship felt like? We hadn’t really had time to put labels to what we had. It kind of happened spontaneously. “Time to go home.” he said. “Mmhmm.” I mumbled. I wasn’t sure exactly how our dynamic was going to be when we got back. So far our feelings towards one another were fueled by moments of vulnerability and then my disappearance put our discussions on the back-burner even more. I had a feeling that when we got back, things would be different. So I decided not to question anything for now, and just enjoy the moment… while it lasted.

Thanks for reading! Guess what? This is unfortunately the last chapter of Standing that I’ve written. I did have one additional chapter completed but it takes place a bit further down the storyline and I never had time to create the pieces of the story that fall in between this chapter and that one. I’ve said it before, but I’ll say it again: I’m the worst… I believe I have a few more stories to re-post but they are much shorter in length so I should be done with everything by the end of the week, give or take a few days. Thanks for sticking with all of my incomplete pieces thus far. I appreciate those of you who keep coming back and leaving likes~ If you wish for me to continue any of the pieces I’ve published so far, feel free to let me know.

4 thoughts on “Standing On My Own Chapter 18”