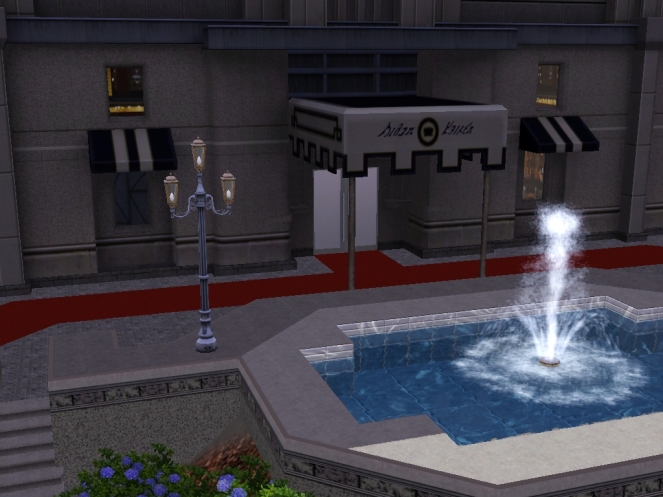 Annabelle’s Point of View
Well I managed to get to a decent mall… But not through means that I expected… When that mysterious stranger barfed on me, he led me here and bought me a completely new wardrobe. I insisted that it was no big deal, and that I could pay for it myself. But before I could say anything he handed the woman at the counter his credit card and went outside.

Tyler’s Point of View
“I am such an idiot!” I was fuming over my idiocy in trusting that greasy truck. “If I never see a burrito again, it’ll be too soon…”

That girl… I didn’t even get to figure out why she seems familiar. Whatever, she is probably never going to speak to me again anyway, not after puking on her. Maybe I can make it up to her. I mean, if she gives me a second chance… an idea popped into my head.

Annabelle’s Point of View
Since I had to wash up a bit, my hair no longer remained as straight as Tiffany had made it this morning, so I decided to put it in my signature braid on the side of my head since it looked too wavy and frizzy if I left it down.

I looked at myself in the mirror; this outfit was one that suited me better… That guy from earlier let me pick everything even the shoes. I needed to properly thank him, especially since he sent my… I mean Tiffany’s destroyed clothes to the dry cleaners and paid for that too. I guess I got my wish of getting out of those clothes, albeit in a non-conventional way. 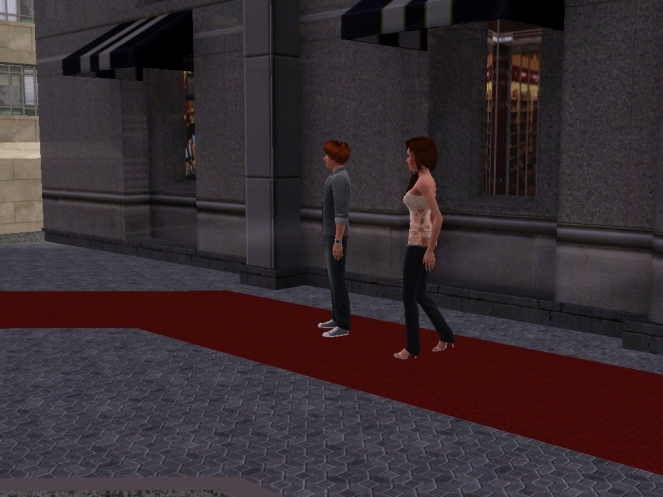 “Hey there, I’m finished…” I said, when he turned I could feel blood rushing to my face… He was really good looking. 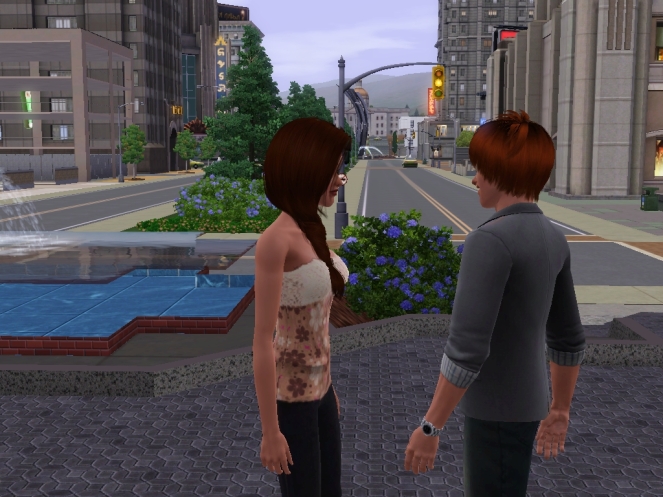 Tyler’s Point of View
“Hey…” I said after hearing her come out. Her face was turning red… Was she mad and hiding her anger? In these types of situations, giving a compliment or attempting to lighten the mood seems to be the best way out. At least that’s what Leo taught me. “You look much better now than the state I put you in earlier.” I said; she smiled. I take it that she’s not mad. Might as well shoot for that second chance now. “If you want, since you said you are new and all, I could give you a tour of the city…” to my surprise she said yes. 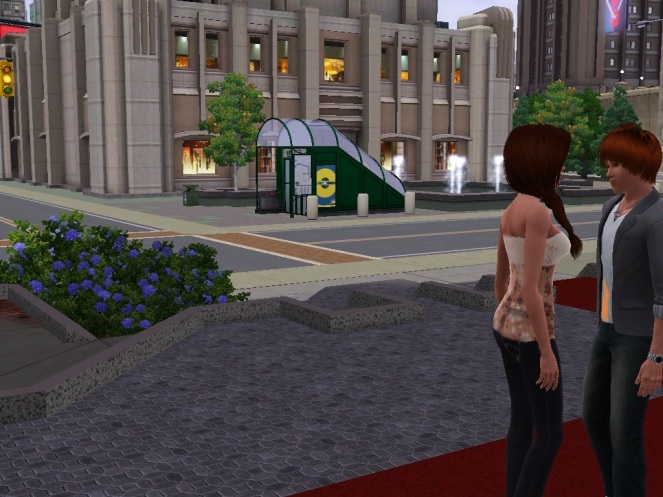 “Really?” I said incredulously. “Ok, then give me one sec, and we can go.” I nearly forgot, in my attempts to fix and replace her ruined clothes, that I was in no better state myself.

Leo’s Point of View
As I was doing my leg lifts, in the reflection of the glass on the window in front of me, I saw… Tiffany?!!

I dropped the weights and hopped up, but when I turned around, she was gone.

I ran towards the elevator, but it shut in front of me… Just my luck! I smiled to myself and saw the elevator was heading up.

So I ascended the stairs until the elevator came to a halt.

And as I turned the corner I could make out the blurred figure of Tiffany. Looks like today is my lucky day. Time to casually run into her and make my next move…

Tiffany’s Point of View
I had initially planned to finish my workout by swimming laps, but to my complete surprise I ran into Leo. We chatted for a bit and he got around to asking me on a date. I was too eager to say yes, but contained myself as best I could. “Sure.” I said in my best attempt to seem nonchalant. He seems to be as spontaneous as I am and asked if I’d be down to head out now. I told him I’d meet him outside the gym in 15 minutes. I went back into the locker room and pulled out the spare clothes I put in the locker.

I showered, changed, and decided to style my hair a bit since it is a date… “Oh right! I promised Annabelle we would meet up later…” I pulled out my phone and decided to text her, telling her I had a change in plans.

so sorry Ann,
I have a date! i promise i will fill u in latr! head home without me when you’re done.

I slipped my cell into my bag, grabbed the rest of my things and went out to meet Leo on the ground floor. Attempting to contain the butterflies in my stomach as best I could along the way.

Thanks for reading!
xoxo Amy